Recently, in 2022, Raffaele Petrucci received another selection: “Best Original Song”
at the Tenerife International Film Music Festival for “Fall To Reach The Stars” original song extracted from the OST of “Aria Celeste” (2022).

Wikipedia: “Fimucité is now a benchmark for world-class event for the dissemination of music for films, the island’s geographical location between Europe and the Americas, in particular with the U.S. film industry.[1] “

‘Working with full orchestra, synthesisers, pop music, or all of them together my aim is always to make emotions flow and fulfill the director’s vision’ 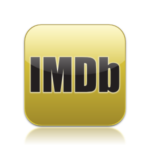 Raffaele Petrucci works as arranger and producer for several italian singers helping them developing their ideas and producing their songs.
He plays many instruments by himself and sometimes arranges working with trusted professional musicians.